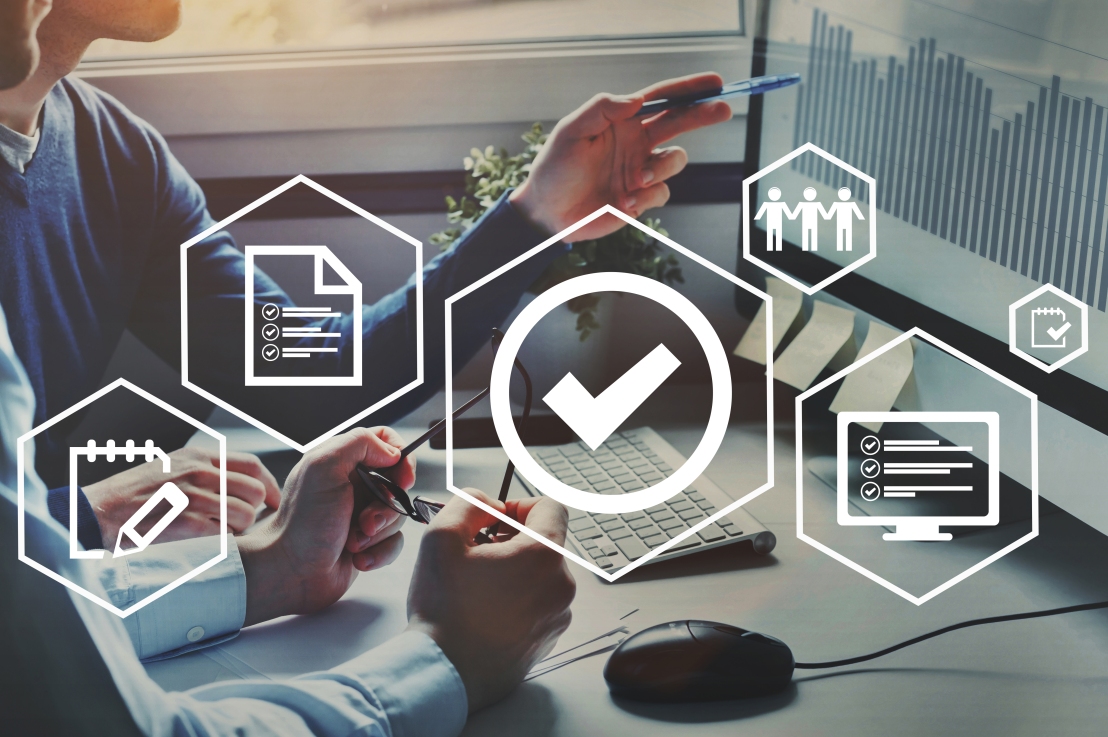 The Federal Energy Regulatory Commission (FERC) has finalized a set of rules to help “ease the regulatory burden for electric power sellers with market-based rate authority,” while making sure that FERC keeps preventing the “potential exercise of market power.”

The first rule “concerns the horizontal market power analysis required for market-based rate sellers.” They have eliminated the “obligation to submit indicative screens in order to obtain or retain market-based rate authority in certain organized wholesale power markets.” The sellers will not have to “submit the pivotal supplier screen and the wholesale market share screen in any organized wholesale power market that administers energy, ancillary services, and capacity markets subject to Commission-approved monitoring and mitigation.”

In the organized markets that “do not administer capacity markets” with the FERC approved monitoring and mitigation, “that is the Southwest Power Pool and California Independent System Operator, market-based rate sellers will be required to submit analyses if they wish to sell capacity there. All market-based rate sellers still would be required to file a vertical market power analysis as well as an asset appendix, which provides comprehensive information relevant to determine a seller’s market power and ensure just and reasonable rates.”

The second rule FERC finalized will help improve their “monitoring of wholesale power markets by streamlining the way it collects certain data for market-based rate purposes, specifically collecting this information in a database. The approved changes will eliminate duplication, minimize compliance burdens, modernize data collections, and make information collected through its programs more usable and accessible for the Commission, its staff, and the public.” One of the main things this rule does is adopt changes to help “reduce and clarify the scope of ownership information that sellers must provide as part of their market-based rate filings, revises the information required in a seller’s asset appendix as well as the format through which such information must be submitted, and eliminates the requirement that sellers submit corporate organizational charts.”

FERC issued a Notice of Proposed Rulemaking about this in July 2016, proposing to “collect connected entity data from market-based rate sellers and entities that trade virtual products or hold financial transmission rights;” the final rule did not adopt that proposal.

The first rule will go into effect 60 days after it is published in the Federal Register.

FERC Commissioner Richard Glick issued a statement dissenting the second rule and explaining his choice to do so.

Glick said that while he does support some aspects of the rule “that streamline collection of the data needed to regulate market-based rates by creating a relational database and revising certain information requirements.” He noted that he dissented because FERC “is declining to finalize a critical aspect of the underlying notice of proposed rulemaking that would have required Sellers and entities that trade virtual products or that hold financial transmission rights (Virtual/FTR Participants) to report information regarding their legal and financial connections to various other entities.” He said that this “information is critical to combatting market manipulation and the Commission’s retreat from the NOPR proposal will hinder our efforts to detect and deter such manipulation.”

Glick explained that the context is important in policing market manipulation, and “a transaction that seems benign when viewed in isolation may raise serious concerns when viewed with an understanding of the relationships between the transacting parties and/or other market participants. Unfortunately, information regarding the legal and contractual relationships between market participants is not widely available and may, in some cases, be impossible to ascertain without the cooperation of the participants themselves.  That lack of information can leave the Commission in the dark and unable to fully monitor wholesale market trading activity for potentially manipulative acts.”

The problem is more acute, Glick explained, “when it comes to market participants that transact only in virtual or FTR products.  Virtual/FTR Participants are very active in RTO/ISO markets and surveilling their activity for potentially manipulative acts consumes a significant share of the Office of Enforcement’s time and resources.” He said it may be somewhat surprising that FERC collects “limited information about Virtual/FTR Participants and often cannot paint a complete picture of their relationships with other market participants.” FERC also has “no mechanism for tracking recidivist fraudsters who deal in these products and perpetuate their fraud by moving to different companies or participating in more than one RTO or ISO.  And, perhaps most egregiously, the Commission’s current regulations do not impose a duty of candor on Virtual/FTR Participants, meaning that bad actors can lie with impunity, at least insofar as the Commission is concerned. The abandoned aspects of the NOPR would have addressed all three deficiencies, among others.”

There can be consequences to having those deficiencies, Glick said, citing a recent example of a FERC order of “how an individual involved in one manipulative scheme was able to move, rather seamlessly, to allegedly perpetuate a similar scheme at another entity.” FERC “issued an Order to Show Cause with an accompanying report and recommendation from the Office of Enforcement that detailed how Federico Corteggiano allegedly engaged in a cross-product market manipulation scheme in the California Independent System Operator’s (CAISO). As described in that order, this alleged scheme used techniques that were similar to another manipulative scheme involving Corteggiano while he was employed at Deutsche Bank. Without the Connected Entity reporting requirements contemplated in the NOPR, the Commission lacks any effective means of tracking individuals who perpetrate a manipulative scheme at one entity and then move locations and engage in similar conduct elsewhere, as Corteggiano is alleged to have done. That makes no sense. We should not be leaving the Office of Enforcement to play ‘whack-a-mole,’ addressing recidivist fraudsters only when evidence of their latest fraud comes to light.”

Glick also used the example of “GreenHat Energy, LLC’s (GreenHat) default on its FTRs in PJM Interconnection, L.L.C. (PJM), at least as it is described in an independent report prepared for PJM’s Board.” In the report, there are allegations that “GreenHat told PJM it had bilateral contracts that would provide a future revenue stream, alleviating the need for additional collateral. 10   The report further contends that PJM mistakenly relied on GreenHat’s representations and the contracts in question did not provide the promised revenue stream, significantly exacerbating GreenHat’s collateral shortfall.” He said that under the current regulations, “no duty of candor attached to GreenHat’s allegedly misleading statements.  It is, of course, impossible to know how a duty of candor for Virtual/FTR Participants would affect potential misstatements.  But, if there were a duty of candor for Virtual/FTR Participants, it would give the Commission a basis for investigating potentially misleading statements and, if appropriate, sanctioning that conduct.”

Glick said that while FERC “does not dispute the benefits that the Connected Entities Information would provide, it ‘declines to adopt’ this aspect of the NOPR without any real analysis or explanation and based only on its ‘appreciat[ion]’ of the ‘difficulties of and burdens imposed by this aspect of the NOPR.'” There is nothing to suggest in the record that the associated burdens this reporting obligation may cause would outweigh the benefits. The Notice initially “paired back the scope of Connected Entity Information compared to the previous NOPR addressing this issue.” He believes that FERC “could have further explored ways to limit the impact of this rule if it were truly concerned about that burden by, for example, eliminating the inclusion of contracts for defining connected entities, which received strong pushback from industry.  Alternatively, the Commission could have established a phased-in implementation schedule to provide industry time to adjust to the new reporting requirements.”

Instead, FERC made a “conclusory statement based on an unspecified burden to industry.  It makes no effort to explain why that burden outweighs the benefits that Connected Entities Information would provide to the Commission’s ability to carry out its enforcement responsibilities.  Without such information, the predictable result of today’s order is that market participants are more likely to find themselves subject to a manipulative scheme than if we had proceeded to a final rule on these aspects of the NOPR.”

Glick said that one of FERC’s chief priorities should be “identifying, eliminating, and punishing market manipulation,” which it has been since 2005 when “Congress vested the Commission with that responsibility” when amendments were made to the “FPA in the wake of the Western Energy Crisis. In addition to the financial losses directly attributable to a particular instance of fraud, market manipulation erodes participants’ confidence in wholesale electricity markets—a dynamic that has serious deleterious consequences for the long-term health and viability of those markets.” He said he can “appreciate the importance of avoiding unnecessary regulatory burdens, the record in this proceeding indicates that the Connected Entity Information is necessary and would, in the long-term, benefit all market participants, including those subject to the regulations, by helping to ensure confidence in the integrity of wholesale electricity markets.”